Are you a healthcare professional? 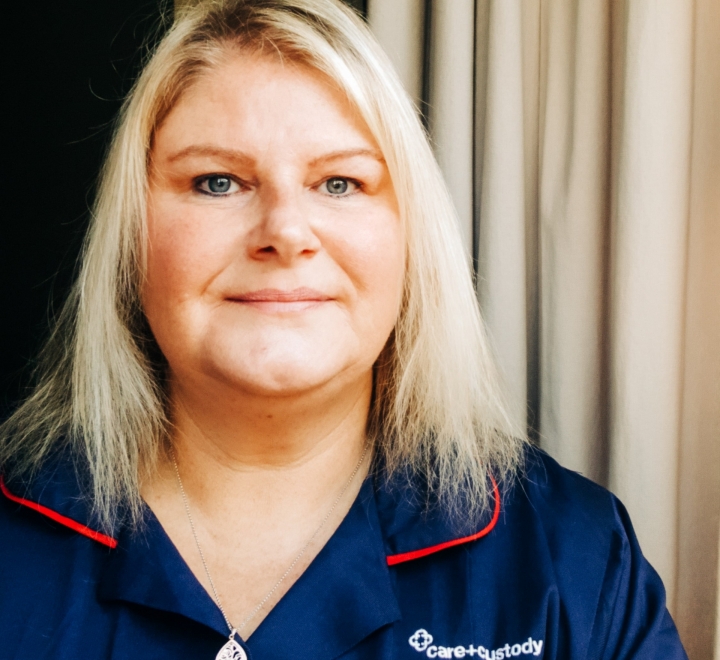 As a custody nurse, Rachel’s primary role is to ensure detained people are fit for interview and are safe while they’re in police custody. “We’ll also deal with any minor injuries they might have when they arrive,” she explains. “We might have to take blood samples or run toxicology tests if suspected of certain crimes.”

When detained, everyone has the right to see a healthcare professional, which often leaves Rachel facing some odd enquiries. “Usually, the people who are detained live chaotic lifestyles so the chances are they don’t go to their GP very often, which can lead to all sorts of queries when they see us in the medical rooms. I’ve had people asking me to check their moles or complaining of a minor headache. Really there’s not much we can do in that situation other than suggest they see their GP or give them some paracetamol.”

The ability to see the bigger picture

As part of her role, Rachel must see the bigger picture – especially given the nature of many of the people she sees. “Sometimes, you’ll head down to the medical room to treat someone with heroin withdrawal, so you’re expecting to just give out methadone. Instead, what you find is that they’re in a violent relationship so they’re also likely to need referring for counselling and may have minor injuries that need treating.

“You may also find they’ve had their kids taken away, so we need to put them in touch with social services too. It’s all about making sure we see the whole situation so we can refer them to the right people and places.” In Rachel’s experience, these problems all have a knock-on effect. Unless each element of the situation is dealt with, the chances are nothing will change. 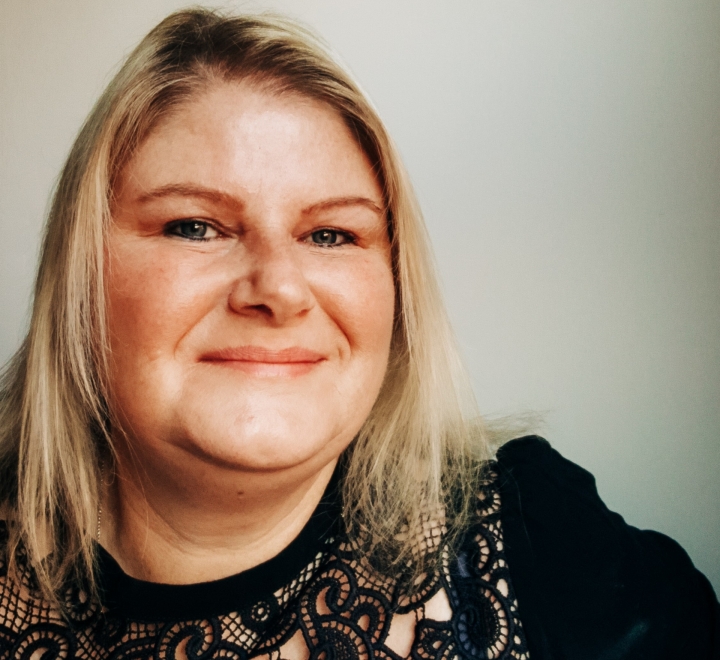 Broad shoulders and a thick skin

To be a good custody nurse, Rachel says you need to have broad shoulders and a thick skin. The nature of the people who typically end up in custody can mean they’re difficult to deal with or very troubled. “We get a lot of people arrive who are drunk, which means they can be quite loud or verbally abusive and you have to be able to laugh it off and not take it personally. But they also often have troubled home lives, they may be living on the streets, or in abusive households and we must be able to deal with all of that. We have to listen and refer them to the right agencies to make sure they get the support they need to reduce the risk of them ending up back in a cell.” She also admits that you have to be a bit nosy to get to know them and their problems before you can work out exactly what type of help they need.

For any nurse, leaving the NHS is a big decision. “You sort of feel like you’re going to the dark side or abandoning ship when you move to the private sector,” laughs Rachel. She admits that if she could give her younger self some advice, it would be to have stayed in the NHS longer. “I think you need to try out as many different areas of the NHS as you can before you decide to leave. You have to try and give everything a go to find out what kind of nursing you really love because it’s all so different.”

In many ways, though, she thinks working as a custody nurse isn’t so different from working in A&E. Her role means having to deal with a lot of fights, minor car accidents and helping those from vulnerable backgrounds, much like A&E departments do. “People always ask me if I’m scared at work. But I don’t think I ever have been. I’ve never been assaulted by a detained person. They might shout and bang on the walls, but they’re very rarely violent towards us. Plus, the place is filled with huge security guards – you don’t get that in A&E,” she laughs. “I think people expect you’re going to have to deal with mass murderers or other violent criminals like they see on TV, but it’s not really like that.”

Rachel does understand though why so many people are reluctant or afraid to leave the NHS. “It’s a big career change moving to the private sector. There are changes to your pension and often we run on tender which renews every few years. I’m now on my fourth company so there can be a lot of change and uncertainty which is bound to unsettle some people,” she explains.

Having said that, Rachel had a friend who came to do a few shadow shifts with her, having previously said she’d be too scared to work as a custody nurse. She ended up loving it and applied for a senior role as soon as one became available. She’s been with Rachel ever since. 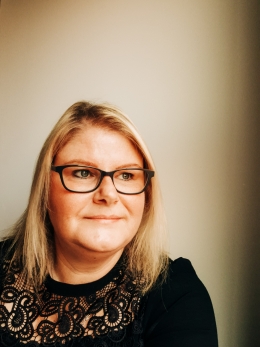 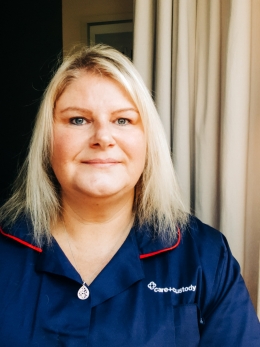 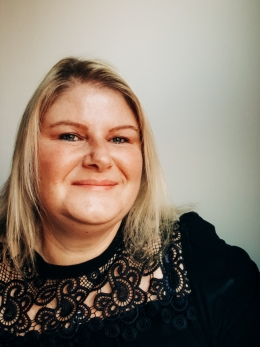 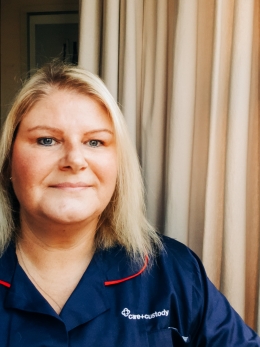 Books. I like to have some real downtime after work, so books are great. I read a lot of crime fiction but never really associate it with work because it’s so different from the reality.

Tea. We put a note up in the staff kitchen recently that says “Nurses get thirsty too” because the sergeants kept missing us off the tea run.

On the ward, in practice or out in the community?

Practice work is probably more like the kind of work we do in custody, so I’d say that.

Summer. I love sitting in the garden or going out and walking the dog in the sun. 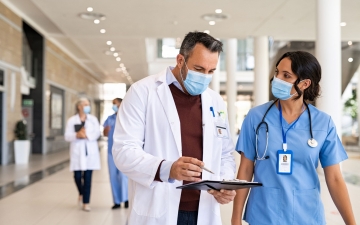 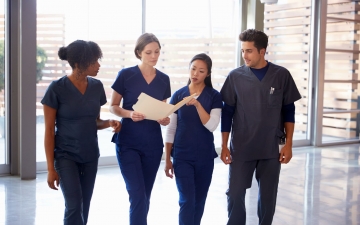 The USPs of the new guidance for Respiratory Support Units 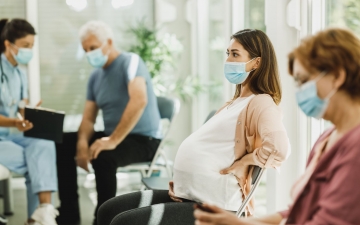 Me, myself and bump: working as a pregnant respiratory nurse during the pandemic 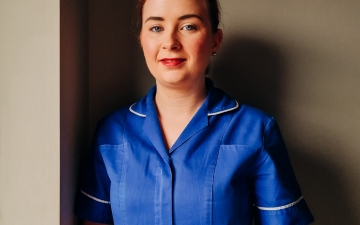 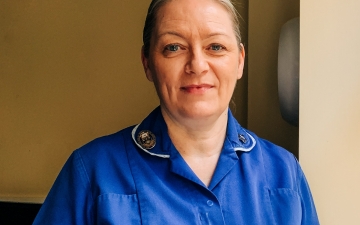 Empathy is everything – Lisa’s story 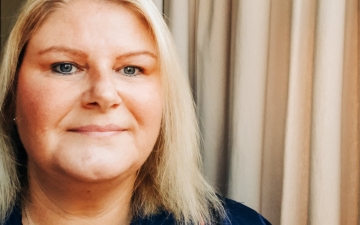 By clicking this link, you will be taken to a website that is not owned or controlled by Chiesi. Chiesi is not responsible for the content provided on that site.

Continue
UK-RES-2100548 March 2021.
By clicking this link, you will be taken to a website that is not owned or controlled by Chiesi. Chiesi is not responsible for the content provided on that site.